Hotel deals in Holmrook
From £49 pn

Hotel deals in Holmrook
From £49 pn

Hotels.com gives travellers one of the widest selections of accommodation on the net, including both independent and major chain hotels as well as self-catering in over hundreds of thousands properties worldwide. The company offers a one-stop shopping source for hotel pricing, amenities and availability and also specialises in providing travellers with accommodation during sold-out periods.

Whether planning or on a trip, travelers turn to Tripadvisor to compare low prices on hotels, flights and cruises, book popular tours and attractions, as well as reserve tables at great restaurants.
About
Nearby
Reviews 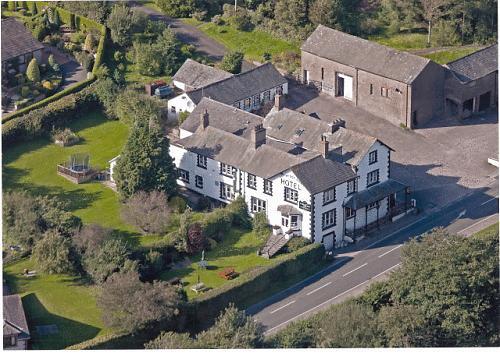 The current owners have operated the hotel as a family-run business since 2007 during which time it has benefitted from a series of tasteful improvements and refurbishments which have not lessened the historic Victorian charm of the property. It was originally built as a Coaching Inn by the Lutwidge family in the late 19th century. It is located in the village of Holmrook on the banks of the crystal clear River Irt which flows out of Wastwater Lake.

The Hotel is popular with both Leisure and Business visitors alike due to it s down to earth friendly approach. All of its recently refurbished ensuite rooms benefit from central heating and a good level of room-based facilities including flat screen TVs free wi-fi and in-house mobile phone signal enhancement.

The original characterful wooden sliding sash windows have been recently replaced with modern double glazed hardwood units in the same style which aswell as maintaining the original look of the property gives the added advantage of warmth and quietness in the rooms. The Hotel has a tasteful restaurant as well as dining facilities in the Bar Area or in warmer months the Beer-Garden located at the rear of the property.

The Lutwidge Arms is well located for not just the walkers amongst us but nearby is the seat of the Pennington family the Muncaster Castle with its magnificent stately home extensive gardens and delightful Owl Santuary. Ravenglass is five minutes away as is the La al Ratty the miniature railway which takes you deep into the beautful Eskdale Valley. This has been described as one of the most beautiful train journeys in the country . For the anglers out there permits can be obtained locally to fish various Lakes and local rivers when in season . The Hotel welcomes families with well-behaved children aged FIVE years and over. We do not accept pets.

Be the first to add a review for Lutwidge Arms Hotel
Our site uses cookies to give you the best experience. Manage your cookies here or continue browsing if you're happy.
Accept & close
COOKIE SETTINGS